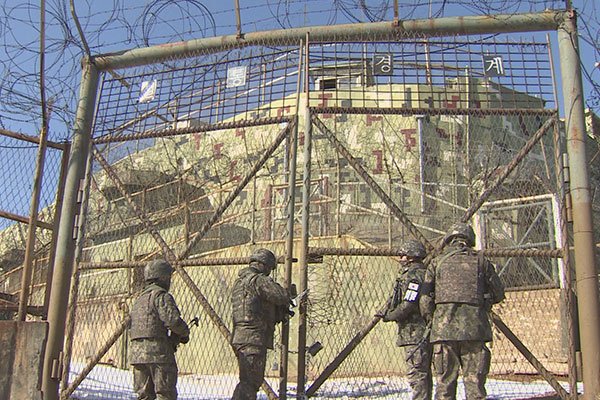 President Moon Jae-in has expressed his concerns over a recent military failure to detect a North Korean defector crossing the fortified border, despite surveillance cameras catching the man on five separate occasions.

According his spokesperson Park Kyung-mee on Wednesday, Moon said the botched patrol operations at the 22nd Division is one that simply cannot happen, stressing the gravity of the issue.

He said the military must have an extra sense of vigilance and take responsibility for its repeated failures to detect border crossings.

Park also conveyed the president's instructions for the military to take corrective action to ensure such a breach does not happen again.

He ordered an on-site inspection and appropriate countermeasures to problems identified in readiness level and systemic deficiencies, as well as a military-wide inspection on security posture.
Share
Print
List