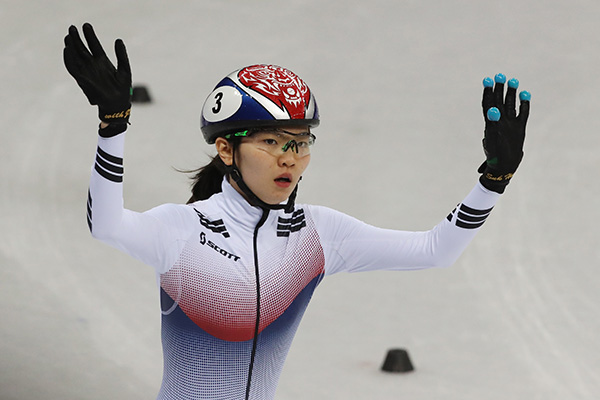 Two-time Olympic gold medalist Shim Suk-hee has filed an injunction seeking the suspension of an effective ban on her competing in the upcoming Beijing Olympics, which was handed for disparaging her coaches and teammates.

An aide to the 24-year-old short track speed skater told Yonhap News on Thursday that the filing was made with the Seoul Dongbu District Court on Monday.

The aide said Shim has strong will to take part in the Beijing Games and will await a court decision. The court plans to hold a hearing next Wednesday to hear arguments from Shim and the Korea Skating Union.

The union imposed a two-month ban on Shim on December 21, banning her from donning the national uniform until February 20, the closing day of the 2022 Games.

Shim was punished for making derogatory comments about her coaches and teammates, including gold medalist Choi Min-jeong, in text messages exchanged with national team coach Cho Hang-min during the 2018 PyeongChang Games.

The texts were disclosed to the public by former national speed skating coach Cho Jae-beom, who was recently convicted of sexually assaulting Shim on 27 occasions over three years.
Share
Print
List