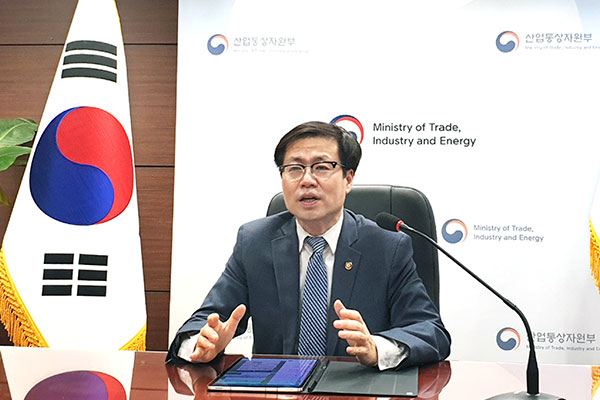 South Korea and India have agreed to resume negotiations on improving their comprehensive economic partnership agreement(CEPA) next month.

According to the Ministry of Trade, Industry and Energy on Wednesday, Minister for Trade Yeo Han-koo and his Indian counterpart Piyush Goyal reached the agreement in New Delhi on Tuesday.

The South Korea-India CEPA went into effect in January 2010 and negotiations to improve the deal started in 2015. However, talks had been stalled following the last June 2019 meeting due to the COVID-19 pandemic.

The ministers agreed on the need to upgrade the accord to boost bilateral supply chains.

Citing their countries' goal to post 50 billion dollars in bilateral trade by 2030, Yeo and Goyal expressed confidence that an upgraded CEPA will greatly contribute to expanding bilateral trade and investment.

India, with its population of one-point-four billion people, is regarded as a massively promising market and a key country in the New Southern Policy pursued by the South Korean government.

However, calls have been made to improve the CEPA as its export utilization rate stands at only about 42 percent due to strict regulations on places of origin.
Share
Print
List