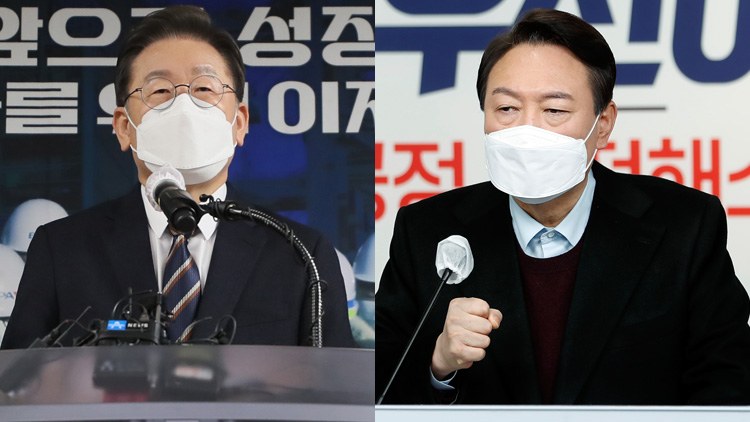 The ruling Democratic Party(DP) presidential candidate pledged to see the nation's annual exports surpass one trillion dollars under his government, while his main opposition People Power Party(PPP) rival promised to root out unfair practices in the game industry.

Lee promised to support the digital transition in the automobile and shipbuilding industries, and assist medium enterprises by fostering the materials, parts and equipment industry.

Yoon said he will require game developers to fully inform users about the probability of purchasing highly coveted random game items, and set up a unit to investigate online game fraud within the police and other agencies.
Share
Print
List