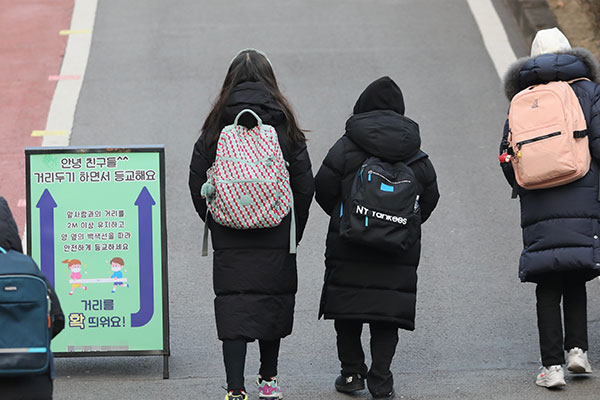 Amid a continuing decline in the nation’s birthrate, the number of school-age children is expected to dip below five million for the first time in 2026.

The Ministry of Education on Thursday estimated that the number of elementary, middle and high school students nationwide will fall from five-point-28 million this year to five-point-21 million next year then five-point-14 million in 2024 and five-point-03 million in 2025.

In 2026, there will be four-point-88 million school-age children, the ministry said, with the number to further drop to four-point-72 million in 2027.

It will be a steep tumble from the nearly nine million recorded in 1993. The number dipped below eight million in 2000, seven million in 2011 and six million in 2016.
Share
Print
List