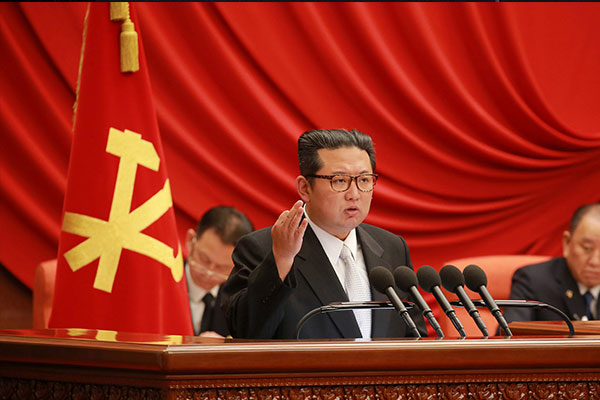 North Korea has hinted that it may end a self-imposed moratorium on nuclear and long-range ballistic missile tests.

According to the North's official Korean Central News Agency(KCNA) on Thursday, the Central Committee of the ruling Workers' Party held a politburo meeting with leader Kim Jong-un presiding.

The KCNA said the meeting received reports that analyzed the state of affairs around the Korean Peninsula and discussed the North's responses to the United States.

The politburo reportedly ordered defense policy tasks for bolstering physical means and defense against the hostile acts of the U.S.

The politburo also ordered the reconsidering of trust-building measures that the North took on its own initiative and instructed a related sector to promptly consider "restarting all temporarily-suspended activities."

The politburo reportedly assessed that the hostile policy and military threats by the U.S. have reached a "danger line" that can not be overlooked any more despite the North's sincere efforts for maintaining the general tide for the relaxation of tension.

The report came after the North conducted a series of missile tests this year.
Share
Print
List