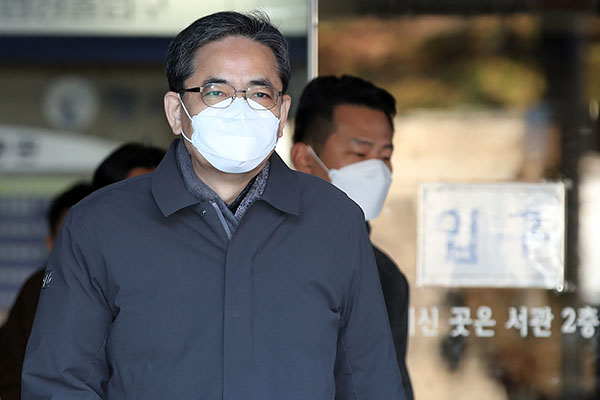 Prosecutors are seeking for a second time to arrest a former opposition lawmaker who is accused of accepting bribes from a firm at the center of a massive development corruption scandal.

The Seoul Central District Prosecutors’ Office said it filed a request for the arrest of Kwak Sang-do earlier in the day on charges of bribery and violation of the political fund law.

The prosecution earlier had charged him with bribery, but the Seoul Central District Court rejected a request for the warrant, saying the prosecution failed to present sufficient reasons for an arrest, while the suspect needed to be guaranteed his defense rights.

After that, the prosecution added a charge of breach of the political fund law against the ex-lawmaker, having secured circumstantial evidence that he received 50 million won from a major investor in the Daejang-dong development project in Seongnam, Gyeonggi Province, soon after he was elected a lawmaker in April of 2016.

Kwak is accused of receiving two-point-five billion won from Hwacheon Daeyu Asset Management in the form of his son's severance pay in exchange for offering business favors to the firm while serving as head of the state-run Korea Legal Aid Corporation in 2015.
Share
Print
List