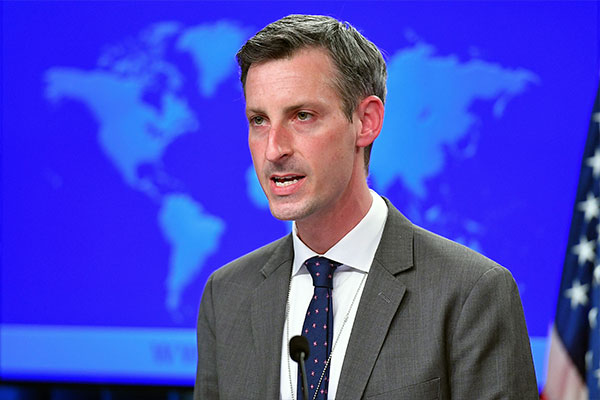 The U.S. State Department has condemned a series of recent ballistic missile tests by North Korea, urging China to use its influence on the North for the denuclearization of the Korean Peninsula.

Department spokesperson Ned Price issued the position on Thursday during a press briefing when asked about the North's missile tests, saying that the world has clearly seen the North's provocations over the past weeks.

Price said that the United States, along with the international community, is working to prevent the North from advancing its weapons of mass destruction and ballistic missiles.

However, the spokesperson reaffirmed that diplomacy is the most effective means to achieve the goal of denuclearization and that the U.S. continues to pursue dialogue and is ready to meet with North Korea without preconditions.

He said that Washington has consistently urged Beijing to use its influence on Pyongyang in a constructive manner to achieve the goal of denuclearization of the peninsula.
Share
Print
List