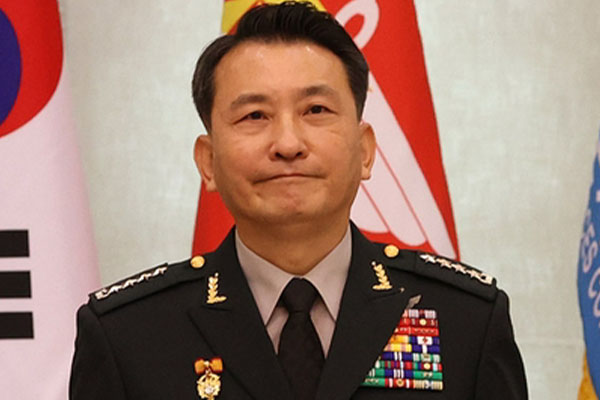 The Yoon Suk Yeol administration has conducted its first reshuffle of general-level commanders, replacing the heads of all major military branches.

The Ministry of National Defense said on Wednesday that Gen. Kim Seung-kyum, the deputy commander of the South Korea-U.S. Combined Forces Command(CFC), was nominated to lead the Joint Chiefs of Staff.

Kim will take office if President Yoon appoints him following a parliamentary confirmation hearing. When appointed, he will be the first Korea Military Academy graduate to head the JCS in nine years.

The government also announced new chiefs of staff for all three military branches, including Lt. Gen. Park Jeong-hwan, the vice JCS chief, who was tapped for the role of Army chief of staff.