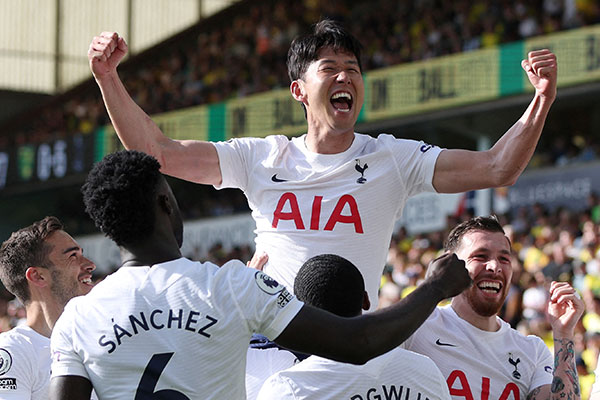 The Premier League Hall of Fame inductee has revealed who he considers to be the most influential players of the 2021/22 campaign, with Manchester City and Liverpool stars dominating the line-up.

Son, who had a stellar season, is also included as a striker in the 4-3-3 formation.

Shearer said Son has been superb for Tottenham and praised his goals, assists and link-up play with Harry Kane, saying that Son had to be on his team.

On Sunday, Son became the first Asian player ever to win the scoring title in the Premier League with a career-high 23 goals. He shared the Golden Boot with Mohamed Salah of Liverpool.
Share
Print
List