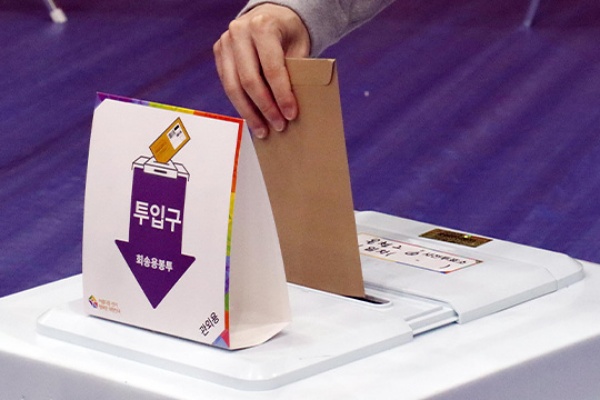 Final voter turnout for early voting for the June 1 local elections is estimated at 20-point-62 percent.

It marks the largest turnout for early voting for local elections and the fourth highest for any national election.

According to the National Election Commission (NEC), more than nine-point-13 million out of around 44-point-three million eligible voters cast their ballots on Friday and Saturday.

The NEC said voters infected with COVID-19 cast their ballots from 6:30 p.m. to 8 p.m. on Saturday after regular hours ended at 6 p.m.

The turnout was highest in South Jeolla Province with 31 percent, followed by Gangwon with 25 percent, North Jeolla with 24 percent and North Gyeongsang Province with 23 percent.