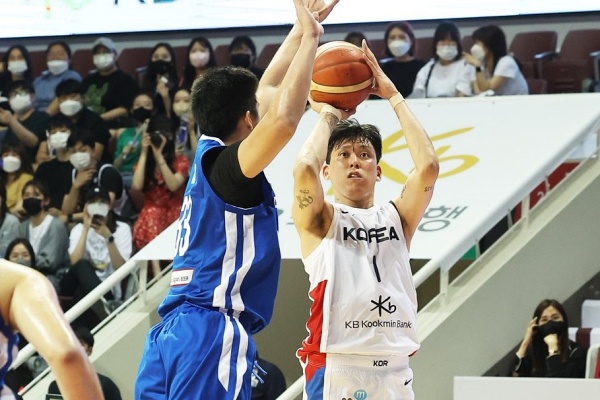 The men's national basketball team took a come-from-behind victory in the first of two friendlies against the Philippines on Friday.

The team, led by coach Choo Il-seung, won 96 to 92 at Anyang Gymnasium in Anyang.

Korea had been losing by 12 points early in the game, but the outcome was reversed thanks to Choi Jun-yong, who scored 12 points in the third quarter alone.

Yeo Jun-seok and Heo Hoon were Team Korea's top scorers of the game, with 17 points each, while Choi Jun-yong and Heo Ung followed with 16 points.

South Korea ranks 30th and the Philippines 34th in the International Basketball Federation (FIBA) rankings. The two sides are holding the friendlies in preparation for the FIBA Asia Cup scheduled next month in Indonesia.

They will face off in a second game at 7 p.m. Saturday at the same venue.