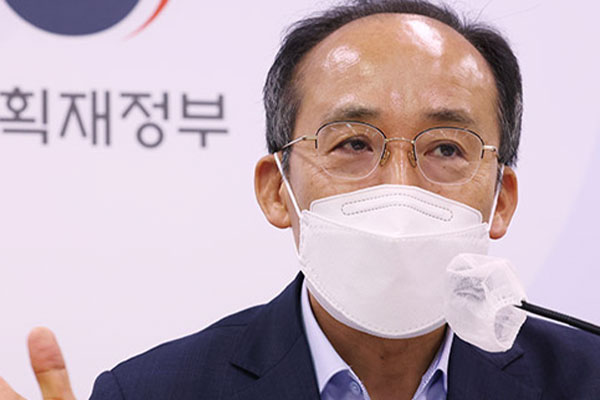 Finance minister Choo Kyung-ho has said that the government will make efforts to stabilize the market if necessary to minimize the negative impact inflicted by the won’s sharp depreciation against the U.S. dollar.

Choo made the remark on Thursday when he chaired an emergency meeting of economy-related ministers in Seoul.

He said the government will simultaneously seek policy-based solutions to ease supply-and-demand imbalances in the market.

The minister said the won is continuously depreciating against the dollar as many countries are expediting monetary tightening policies due to inflation around the world.

Earlier in the day, the won-dollar exchange rate surpassed the one-thousand-300 won mark for the first time in nearly 13 years.
Share
Print
List