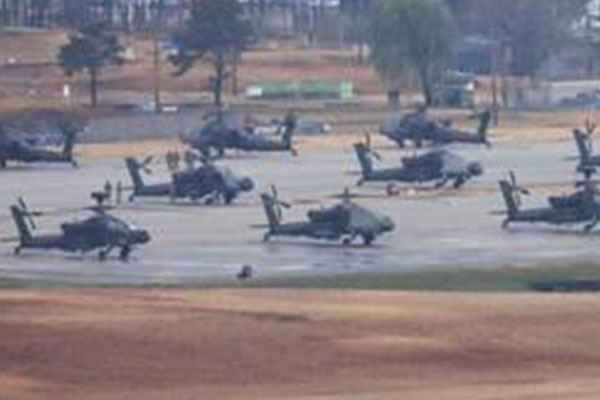 A bill on next year's U.S. defense budget, which specifies U.S. troop levels in South Korea, advanced out of the U.S. House of Representatives Armed Services Committee on Thursday.

The annual National Defense Authorization Act(NDAA) recently passed the armed services committees of both the U.S. Senate and House of Representatives.

The defense spending bill includes a clause requiring Washington to maintain the current troop level of some 28-thousand-500 U.S. personnel in South Korea.

The bill underscored the importance of the U.S.-South Korea alliance, calling it a linchpin in the peace and security in the Indo-Pacific region.

The bill also requires the defense secretary to brief Congress by March 1 of next year on measures to enhance the U.S.' commitment to the defense of South Korea and to bolster the combined defense posture of the two allies.

The bill will be put to a vote in the plenary session of the Senate and House, which will make adjustments and decide the ultimate size of next year's budget under discussion.
Share
Print
List