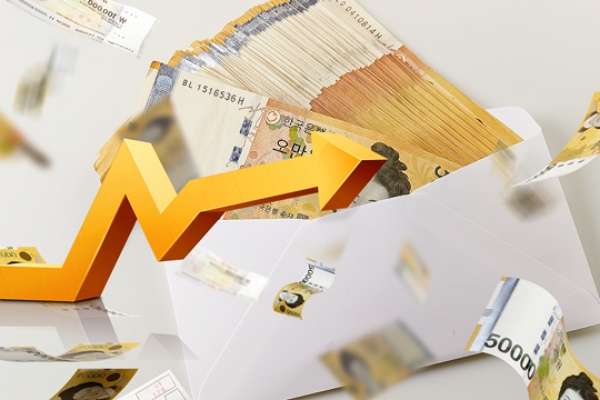 South Korea's average wage growth rate over the past two decades was over two times larger than that of five major economies.

The Korea Economic Research Institute (KERI), the research arm of the country's conglomerate lobby the Federation of Korean Industries, released a report on Sunday after comparing labor cost increases of South Korea and five countries of the United States, Japan, Germany, Britain and France.

According to the analysis, the average annual wage per person in South Korea increased from 29-thousand-238 dollars in 2000 to 41-thousand-960 dollars in 2020, up 43-point-five percent.

The comparable figure for the G5 nations grew by 16-point-five percent during the cited period, two-point-six times larger than that of South Korea.

Among eleven OECD members states with a population of more than 30 million, South Korea's wage growth was the second largest.

The KERI said that South Korea is seeing a sharp increase in labor costs, but labor productivity is not increasing fast enough.

According to the KERI's analysis of data from 2004 to 2019, the labor cost per manufacturing worker in South Korea rose 88-point-two percent, while labor productivity grew 73-point-six percent during the same period.
Share
Print
List