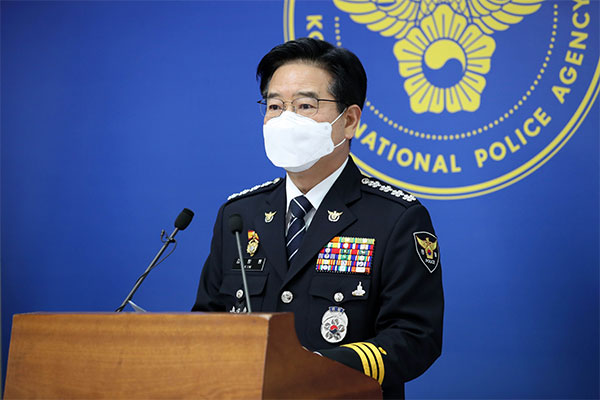 The head of the Korean National Police Agency has offered to resign on Monday, with less than a month left until the end of his term.

Commissioner General Kim Chang-yong plans to offer an explanation for his resignation after a press conference by interior and safety minister Lee Sang-min set for 11 a.m.

The resignation comes a few days after President Yoon Suk Yeol expressed outrage that the police agency released a document to the press regarding the reshuffle of senior police officers without his approval.

The incident took place the same day an advisory body recommended that the interior minister be able to ask for punishment of ranking police officials.

The police chief's resignation also comes amid growing tension between the police and the interior ministry over the latter's plan to set up a division in charge of police affairs within the ministry, a move that the police claim threatens the agency's autonomy and neutrality.
Share
Print
List