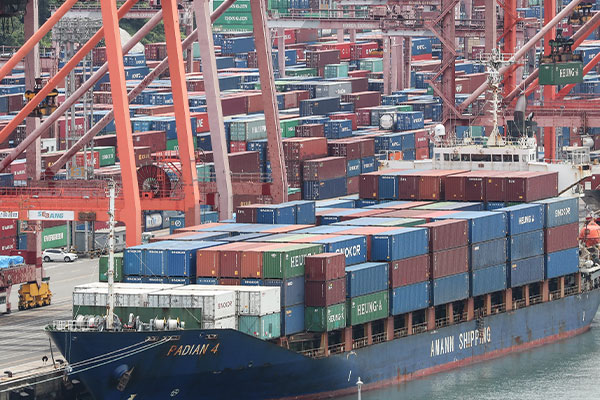 South Korea logged a record trade deficit in the first half of the year.

According to data by the Ministry of Trade, Industry and Energy on Friday, the country's exports posted 35-point-03 billion U.S. dollars in the first six months of the year, up 15-point-six percent from a year earlier.

It marks the largest trade deficit for the first-half tallies. The previous record was a deficit of nine-point-16 billion dollars tallied in the first half of 1997.

Although exports of 14 key items, including semiconductors, steel and petroleum products increased, the country suffered a trade deficit due to soaring prices of energy and raw materials. In particular, import costs of crude oil and natural gas spiked to 87-point-nine billion dollars in the first half of this year from 41 billion dollars a year ago.

For the month of June, the nation also posted a trade deficit of two-point-47 billion dollars, posting a deficit for the fourth consecutive month.
Share
Print
List