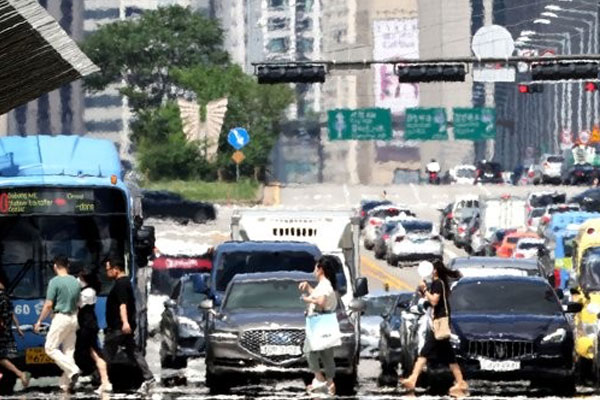 The nation will continue to experience sweltering heat on Tuesday while some inland areas will see rain showers from noon through the evening.

The Korea Meteorological Administration forecast that afternoon highs will surge to 34 degrees Celsius in Seoul, Daejeon and Daegu, 33 degrees in Gwangju and 31 degrees in Ulsan and Incheon.

The weather agency also projected that Seoul, Incheon, Busan, Gwangju and Jeju will have a tropical night on Tuesday as they had on Monday. A tropical night occurs when the temperature does not fall below 25 degrees between 6:01 p.m. and 9 a.m.

Monday marked the ninth such night for Jeju this year.

The mercury remained above 25 degrees even after sundown as Typhoon Aere continued to propel hot and humid air toward South Korea as it traveled northward.

The typhoon lost its strength in waters some 180 kilometers northwest of Kagoshima Prefecture at 3 a.m. on Tuesday.
Share
Print
List