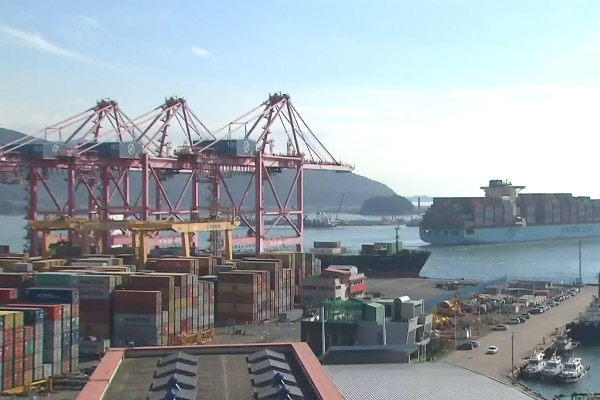 The economy grew zero-point-seven percent in the second quarter from the previous quarter thanks to a recovery in private consumption with eased social distancing measures.

The Bank of Korea on Tuesday issued the quarterly estimate on the country's gross domestic product(GDP) for the April-to-June period.

The zero-point-seven percent growth represents a rise of one-tenth of a percentage point from the previous quarter.

The on-quarter growth rate posted a gain for the eighth consecutive quarter.

The central bank said its annual growth target of two-point-seven percent will be achieved if the economy logs an on-quarter growth of zero-point-three percent each in the third and fourth quarters.

Private consumption increased on-quarter by three percent in the second quarter while facility investment decreased by one percent.