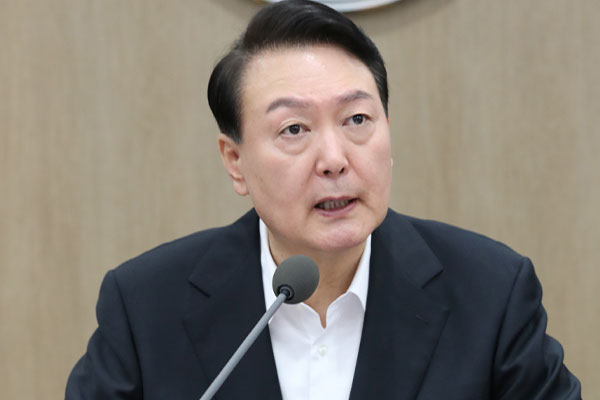 Yoon made the remark during a policy briefing by Interior and Safety Minister Lee Sang-min, according to presidential spokesperson Kang In-sun.

The spokesperson said that the president also expressed his hope that communication between the minister and police leadership will proceed smoothly.

The policy briefing came hours after the Cabinet passed an enforcement decree concerning the establishment of the bureau, whose functions were previously assumed by the now-defunct office of the senior presidential secretary for civil affairs.

Yoon also instructed the minister to ensure that promotions and job assignments for police officers will be made in a fair manner, particularly taking issue with the relatively small number of rank-and-file police officers who become senior officers within the elite ranks of police leadership.

The president also asked the minister to swiftly transition to a “digital platform government,” which involves the use of big data and digital technology and was one of his key campaign pledges, so the government can provide the public with better administrative services.
Share
Print
List