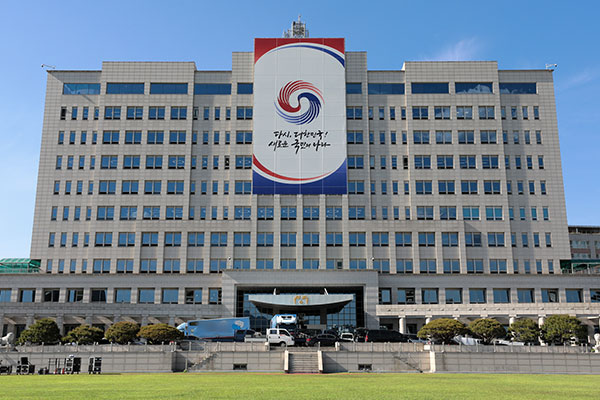 At a press briefing on Wednesday, Choi Young-bum, the senior presidential secretary for press affairs, said it is undesirable for the exposure of a private conversation to have caused a misunderstanding.

Stressing that it is inappropriate for the top office to elaborate further, Choi said that as far as he is concerned, the president does not offer guidance on party matters, and that he has never spoken badly about suspended party chief Lee Jun-seok, who was the subject of the message exchange.

Choi then called for restraint in assigning a political motive for the texts.

Meanwhile, in a social media post on Wednesday, Lee referred to the idiom "hanging a sheep's head while selling dog meat," which means to be deceptive.

In the conversation with Kweon as captured by a photojournalist the previous day, Yoon praised the party, saying the internal environment has changed since Lee was suspended from his position over his alleged involvement in a sexual bribery cover-up.
Share
Print
List