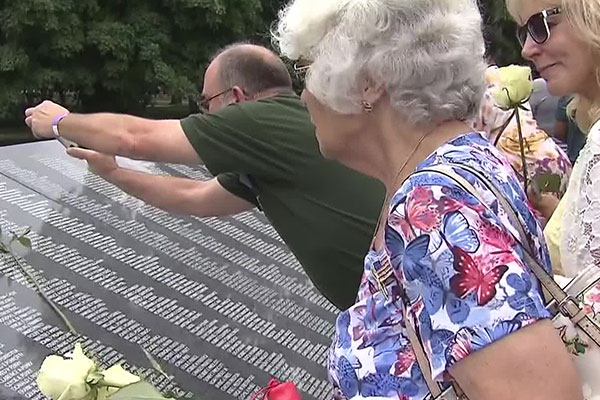 The Korean War Veterans Memorial in Washington, D.C., will soon have a new remembrance wall bearing the names of 43-thousand-808 U.S. troops and embedded Korean troops who died during the war.

While a formal ceremony marking the completion of the Wall of Remembrance at the memorial on the National Mall is scheduled for Wednesday, around 500 people, including bereaved family members, were given a preview on Tuesday.

Wednesday marks the 69th anniversary of the signing of the armistice agreement.

U.S. President Joe Biden, who was recently confirmed to have contracted COVID-19 and remains in recovery, is not expected to be present.

Seoul shouldered 26-point-six billion won of the 27-point-four-billion-won project, the first U.S.-based memorial monument to carry the names of members of the Korean Augmentation to the United States Army, generally referred to as “KATUSA.”
Share
Print
List