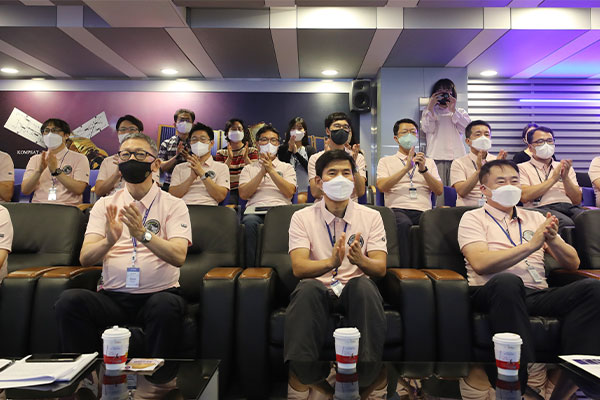 President Yoon Suk Yeol has hailed the launch of the country’s first lunar orbiter, designating it as its advance unit that will help the nation to become a new powerhouse in the era of space economy.

The president congratulated on the launch on Friday in a post on his social network, saying that Danuri has successfully begun its journey of some 130 days for lunar exploration.

Yoon said that he thinks about the message of dream, hope and persistence that Danuri will convey as it flies across the vast space and he looks forward to hearing the BTS song "Dynamite" the orbiter will send.

The lunar orbiter plans to conduct diverse tasks using cameras and space internet devices, including sending messages and files and streaming the BTS song from the moon to Earth.
Share
Print
List