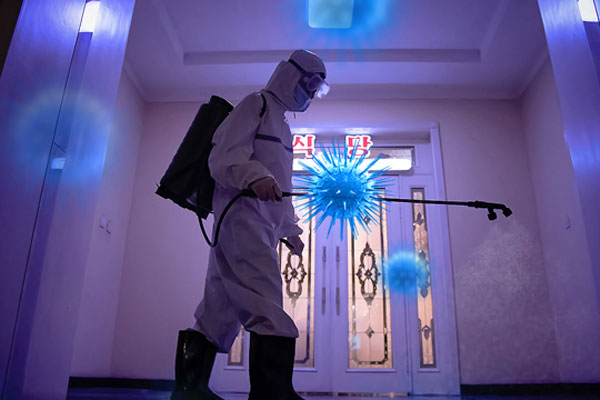 North Korea says it is looking into six new fever cases after reporting no new patients for the past week.

According to the Korean Central News Agency (KCNA), the six cases were confirmed after 6 p.m. Friday in Jongju city in North Pyongan Province and Sinhung county in South Hamgyong Province, and that mobile quarantine and rapid diagnosis and treatment teams were dispatched to the sites.

It's believed the North is trying to determine if the new cases are COVID-19 or due to other reasons such as waterborne infectious disease.

It's the first time since July 29 that the regime has announced new fever cases. Since Thursday, it has claimed there were no new cases and also no patients currently under treatment.

While saying the outbreak has entered a stabilizing phase, the North has stopped short of declaring an end to COVID-19 infections as it remains alert over the spread of variants and other diseases such as monkeypox.
Share
Print
List