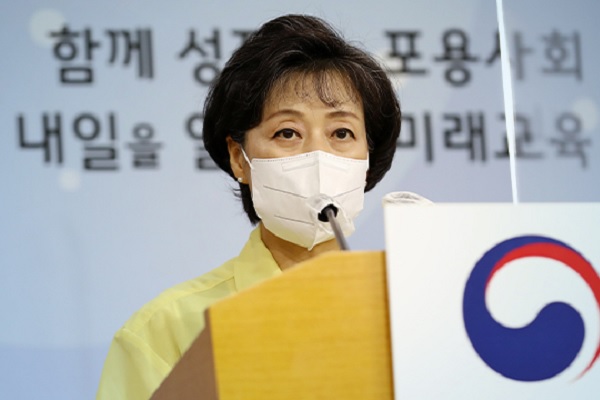 Education Minister Park Soon-ae has expressed her intent to resign amid mounting criticism over her proposal to lower the school starting age by one year to five years old.

During an emergency press conference on Monday, Park announced that she would step aside as the deputy prime minister and education minister.

Despite her best efforts to desire to improve the education system, the minister said she fell short. She said she would take all the responsibility over controversies incited by proposals made on changing the school system.

Park's resignation offer, which comes a little over a month since her appointment to the post, makes her the first in the Yoon Cabinet to step down.

In a policy briefing to the president on July 29, Park had proposed lowering the elementary school starting age by one year, but the plan has drawn harsh backlash from the education and political sectors as well as from parents.
Share
Print
List