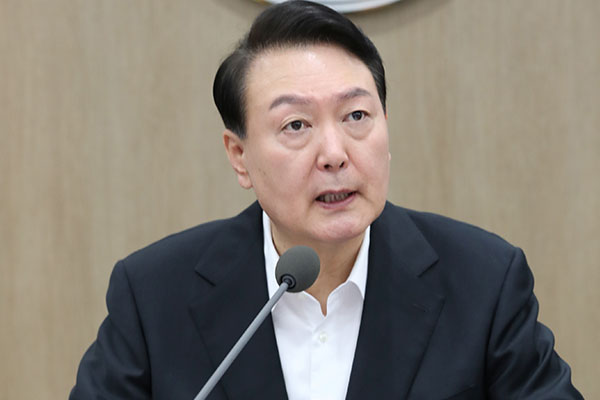 Markey is the chair of the U.S. Senate Foreign Relations Subcommittee on East Asia, the Pacific, and International Cybersecurity Policy.

In the meeting at the presidential office in Yongsan, Yoon thanked the senator for his work over several decades in the House and the Senate to strengthen the South Korea-U.S. alliance and boost economic cooperation between South Korea and Japan.

Markey said that Seoul and Washington will see their economic and strategic partnership deepen further following the recent passage of a bill to boost its semiconductor industry.

The senator also lauded the president for his momentous and outstanding leadership regarding climate change.