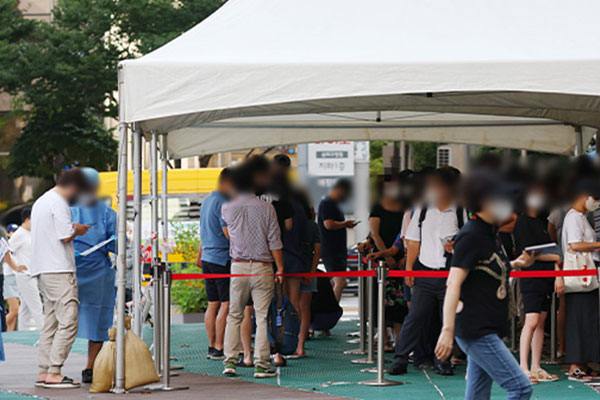 The government projects the current COVID-19 wave in South Korea will peak at the end of this month with new daily infections coming in at around 200-thousand or fewer, while the drop-off is predicted to be slower than that of previous waves.

The Central Disaster and Safety Countermeasure Headquarters said on Tuesday that while some forecast daily new cases could peak at over 330-thousand in the worst case scenario, most experts project the figure to peak within 200-thousand.

Authorities assessed that although the impact of “hidden infections” is not yet significant, lingering risks, such as waning immunity and seasonal factors, may influence those projections.

They noted that the reproduction rate rose slightly from one-point-14 to one-point-18 from a week ago, but the increase had a negligible effect on the infection trend as of yet.
Share
Print
List