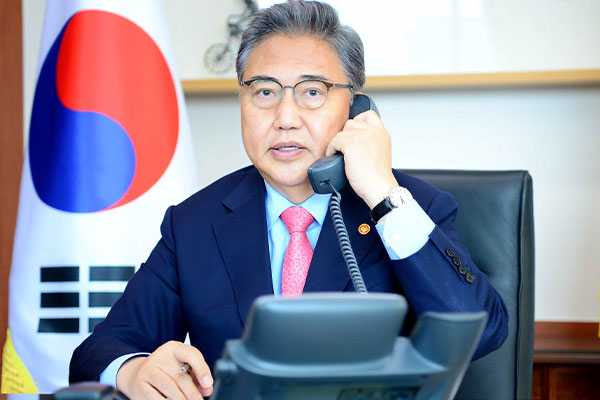 Top diplomats from South Korea and the United States discussed Pyongyang's refusal to accept Seoul's proposal to offer economic incentives in return for its denuclearization.

According to the foreign ministry on Friday, minister Park Jin expressed regret over the refusal during a phone conversation with U.S. Secretary of State Antony Blinken.

The ministry said both officials found a statement by Kim Yo-jong, the influential sister of regime leader Kim Jong-un, regrettable, before agreeing to continue to push for the North's return to dialogue through cooperation with the international community.

They also shared the view that the allies' combined defense posture must be maintained and that they should further reinforce close coordination to deter the North's provocation and persuade it to return to talks.