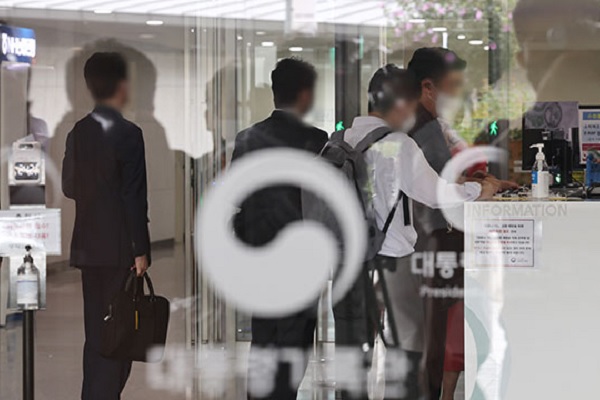 According to legal circles, the Seoul Central District Prosecutors Office dispatched around ten prosecutors and investigators to the archives located in Sejong City in the morning to secure related records.

The case involves allegations that officials of the previous Moon Jae-in administration forcibly repatriated the two North Koreans despite their clear intent to defect to South Korea. The fishermen were at the time accused of killing 16 fellow crew members.

Last month, the National Intelligence Service filed a complaint against its former chief Suh Hoon in connection to the case. Other former officials including then national security adviser and unification minister are also under investigation on charges of power abuse and dereliction of duty.

As part of the raid, investigators combed through documents detailing the government's decision-making process at the time of the 2019 incident.