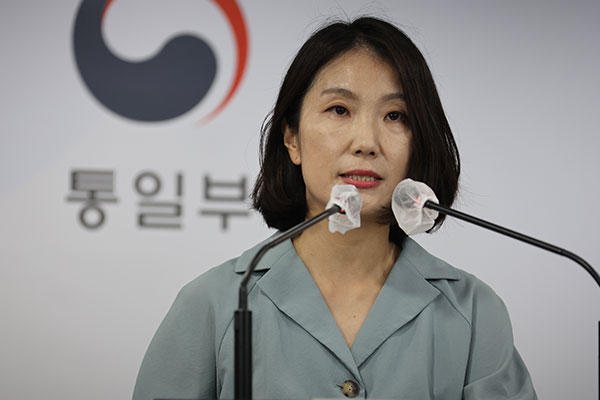 The ministry in charge of inter-Korean affairs in Seoul urged local defector groups to refrain from sending anti-Pyongyang leaflets across the border ahead of the annual North Korea Freedom Week running from Sunday through October 1.

At a press briefing on Friday, unification ministry vice spokesperson Lee Hyo-jeong voiced concern over some of the groups’ persistent anti-regime activities despite repeated calls to exercise restraint.

Lee said the government's utmost duty is to protect people's lives and safety, and that law enforcement is legally obligated to investigate any cases of leaflets sent across the border by air balloons.

The vice spokesperson expressed regret over the North’s claim that the contaminated leaflets brought the COVID-19 virus to the country, saying the distorted assertions lack scientific basis, and reaffirmed Seoul's intent to respond sternly to any type of threat or provocation by Pyongyang.

Last month, Kim Yo-jong, the influential sister of North Korean leader Kim Jong-un, warned of strong retaliatory measures against the leaflets from the South, which she claimed was the cause of an outbreak of the virus in the communist state.
Share
Print
List