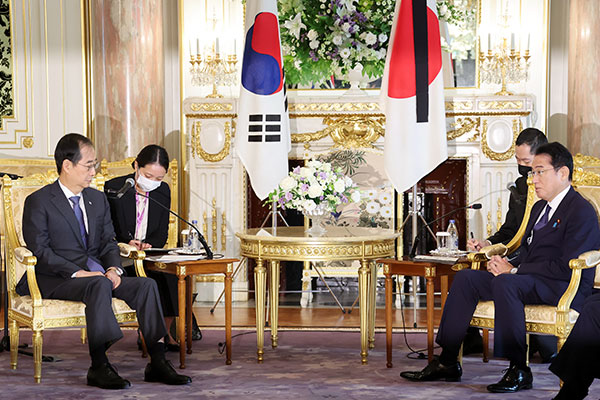 Han, in Tokyo for the state funeral of former Prime Minister Shinzo Abe on Tuesday, met with Kishida for some 20 minutes on Wednesday and again offered his condolences for Abe’s death, to which Kishida expressed deep gratitude.

Han then discussed bilateral relations, saying South Korea and Japan are close neighbors and key partners that share the values of democracy and principles of a market economy.

He said that since its launch in May, the Yoon Suk Yeol government has stressed that swiftly improving ties with Japan serves the interest of both neighboring countries.
Share
Print
List