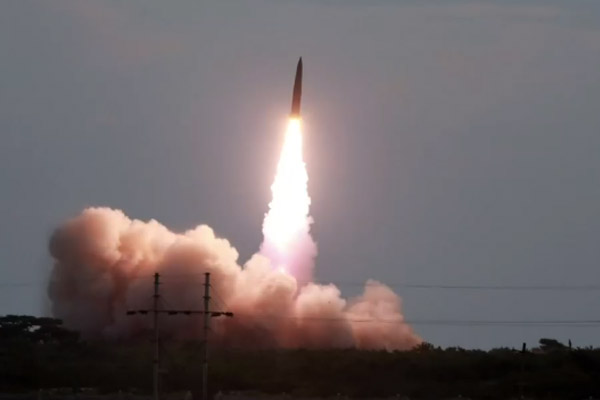 North Korea fired two short-range ballistic missiles into the East Sea on Thursday in its third test in five days.

South Korea's Joint Chiefs of Staff(JCS) said that it detected the missiles were fired from the Sunchon area in South Pyongan Province between 8:48 p.m. and 8:57 p.m.

The JCS said the missiles flew some 350 kilometers and reached an altitude of about 50 kilometers with a speed of Mach Five, and an in-depth analysis by the intelligence authorities of South Korea and the U.S. is ongoing.

The missiles were presumed to have been fired from a transporter erector launcher targeting an uninhabited island in North Hamgyong Province.

The JCS strongly condemned the launches as a clear violation of UN Security Council resolutions, saying that the North's recent series of ballistic missile launches are an act of significant provocation that undermines peace and stability not only on the Korean Peninsula but also in the international community.