Combined Forces Command to Complete Relocation to Pyeongtaek Within Oct. 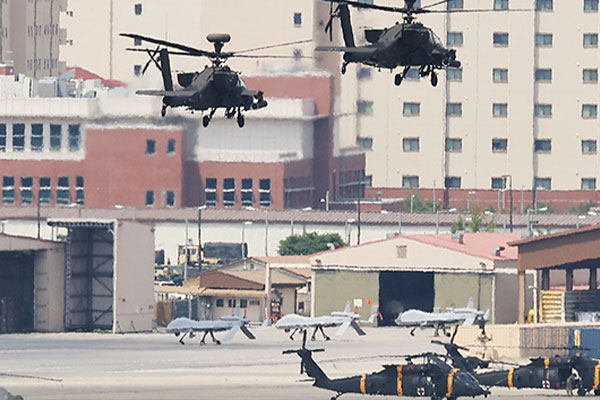 The headquarters of the South Korea-U.S. Combined Forces Command(CFC) will leave the Yongsan District of Seoul this month after nearly four decades as it relocates to Camp Humphreys in Pyeongtaek, Gyeonggi Province.

The defense ministry said on Tuesday that the relocation will be completed by the end of the month, bringing down the curtain on the CFC’s stay in Yongsan District after 44 years.

Roughly 700 South Korean and U.S. personnel serving in the CFC will begin moving to Camp Humphreys from early this month, while the CFC plans to hold a ceremony next month marking the end of the command’s era in Yongsan and the beginning of its era in Pyeongtaek.

The defense ministry said the CFC is the symbol of the South Korea-U.S. alliance that has successfully fulfilled its mission of defending South Korea from North Korean attacks and provocations as an integral part of the combined defense system.

The ministry stressed that with the relocation, the CFC will build a stronger defense system based on a more solidified spirit of alliance and strategic efficiency in Pyeongtaek.

The move follows an agreement on the relocation reached by South Korea and the U.S. during talks between the two sides’ defense ministers in June of 2019. During their 53rd Security Consultative Meeting held in Seoul last December, the allies agreed to complete the transition within this year.
Share
Print
List