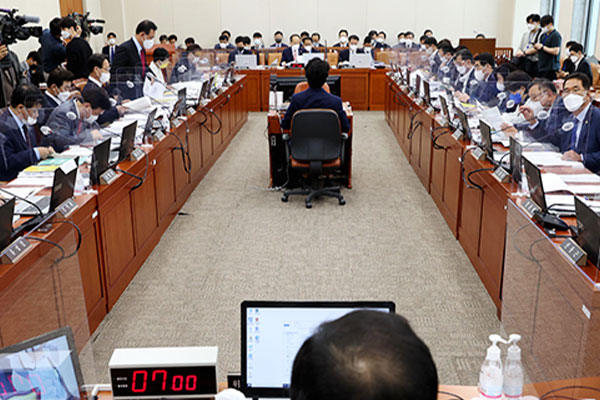 The first day of parliamentary audits on Tuesday erupted in a near immediate clash between rival political parties as the main opposition Democratic Party(DP) demanded that foreign minister Park Jin leave the foreign affairs committee audit and resign from his post.

Lee called on the ruling People Power Party(PPP) to accept the motion out of respect for the National Assembly’s authority and the spirit of parliamentarianism and remove Park from the committee meeting.

DP Rep. Yun Ho-jung slammed the president for what he called a humiliating 30-minute meeting with Prime Minister Fumio Kishida in New York, saying all of the president’s foreign affairs aides should be held responsible.

Meanwhile, PPP Rep. Kim Seok-ki opposed Park’s removal from both the room and his post, saying the minister should be given an opportunity to explain to the public the administration's foreign policies and the outcome of the recent presidential trip.

After the parties sparred for around 30 minutes, committee chair Yun Jae-ok called for an adjournment.
Share
Print
List