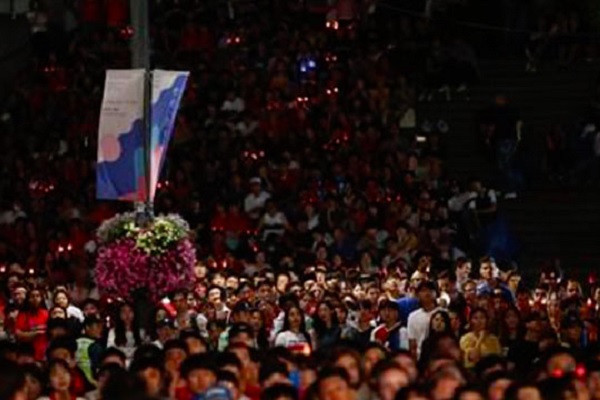 Around 40-thousand people nationwide will gather for indoor and outdoor group cheering on Thursday night as South Korea takes on Uruguay in their first group match for the 2022 FIFA World Cup in Qatar.

Group cheering events hosted by local governments, schools and other state agencies will take place at 12 venues, including Seoul's Gwanghwamun Square and the World Cup Stadium in Suwon, Gyeonggi Province.

Some 15-thousand people will likely gather at Gwanghwamun Square, up to 20-thousand in Suwon, and two-thousand at Jeonju University's main sports field.

With the estimate excluding gatherings hosted by private companies or groups, the actual total for mass cheering nationwide will likely be much higher.

In the aftermath of the fatal Itaewon crowd crush last month, the Seoul Metropolitan Government and the police have taken various safety precautions such as traffic control to prevent overcrowding at street cheering events.
Share
Print
List