Truckers' Strike to Continue Despite Warning of Return-to-Work Order 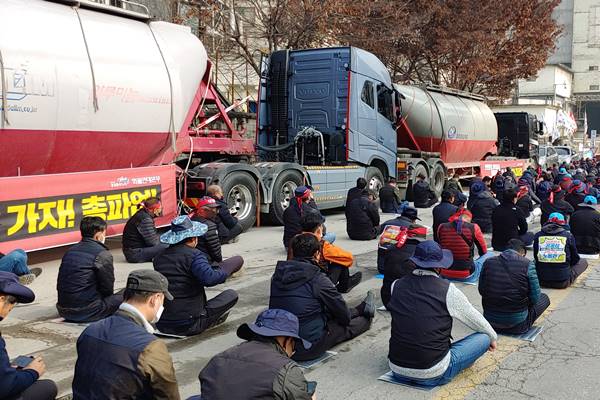 As the strike by unionized truckers continued into a fifth day on Monday, the union declared that it will not comply with a government order forcing truckers back to work.

The announcement came in response to an earlier statement by interior minister Lee Sang-min that the government would invoke an order ending the work stoppage in the event that protests pose a serious threat to the national economy, pursuing criminal charges for refusal to comply.

During a meeting between the Cargo Truckers Solidarity leadership and the leaders of the minor opposition Justice Party, the union leader said the walkout was inevitable after the government failed to uphold its part of a previous deal to extend the shipping rates system.

The Justice Party lawmakers concurred that the fallout from the strike was on the government for walking back on its promise, expressing regret for the union’s perceived need to protest after the government broke its word on the agreement to continue talks on the system’s extension.

The strike is the second of its kind in five months and threatens to disrupt supply chains amid post-pandemic recovery efforts.
Share
Print
List