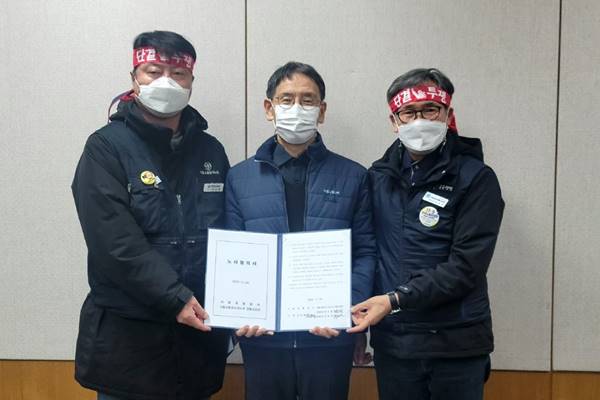 The striking union members of Seoul's subway system have reached a deal with management on the company’s restructuring plan on Thursday, effectively ending a general strike in a day.

The labor unions of Seoul Metro and management resumed negotiations at 8 p.m. on Wednesday and reached an agreement just past midnight after four hours of talks.

The agreement entailed a decision by the company to not push ahead with its restructuring plan to lay off 15-hundred workers as the two sides had agreed on in a special deal in September last year.

The two sides also agreed on a one-point-four percent wage increase and agreed to work together to produce safety measures.