Kishida Reiterates Will to Improve Ties with S. Korea 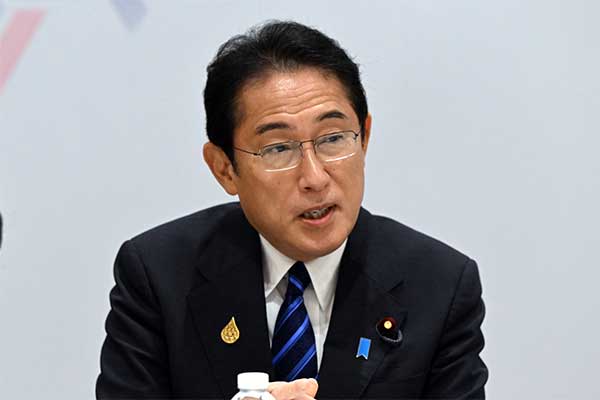 In a parliamentary policy speech on Monday, Kishida called South Korea an important neighbor with whom cooperation is necessary to address various global issues.

He promised to closely communicate with Seoul to restore and advance relations based on the two countries' favorable and cooperative ties that have continued since diplomatic relations were normalized in 1965.

The prime minister used a similar expression regarding relations with Seoul during his speech at the Japanese Diet in October as well.

As for China, Kishida said that Japan will say what needs to be said and demand a responsible attitude from Beijing over its attempts to unilaterally change the status quo by force in the East and South China Seas.

On North Korea, the Japanese leader denounced the regime's unprecedented ballistic missile launches as completely unacceptable. He reiterated the goal of normalizing ties with Pyongyang and comprehensively resolving a range of pending issues including the nuclear and missile threat. As well as the abductees issue based on the bilateral 2002 Pyongyang Declaration.
Share
Print
List