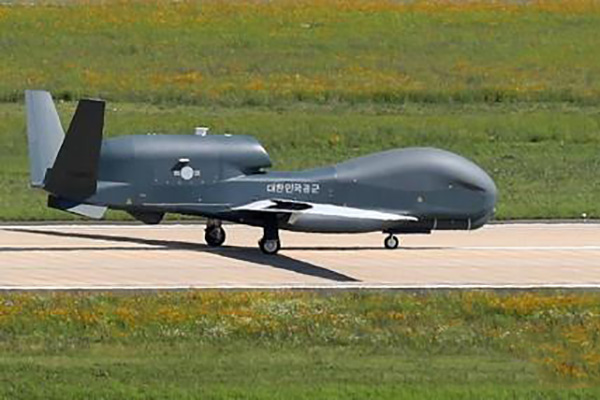 South Korea plans to bring in an intelligence analysis system for the advanced unmanned aircraft Global Hawk from the United States, a move that is expected to enhance the country's capabilities to detect threats from North Korea.

According to the Defense Acquisition Program Administration(DAPA) in a report submitted to parliament on Tuesday, the system for "data tasking, collection, processing, exploitation and dissemination(TCPED)" will be brought in by next month.

Manufactured by U.S. defense firm Northrop Grumman, the Global Hawk is capable of performing reconnaissance missions for around 40 hours at a time at an altitude of roughly 20 kilometers and distinguish objects on the ground as small as 30 centimeters across.
Share
Print
List