DP Chair Steps Down to Prepare for Presidential Election 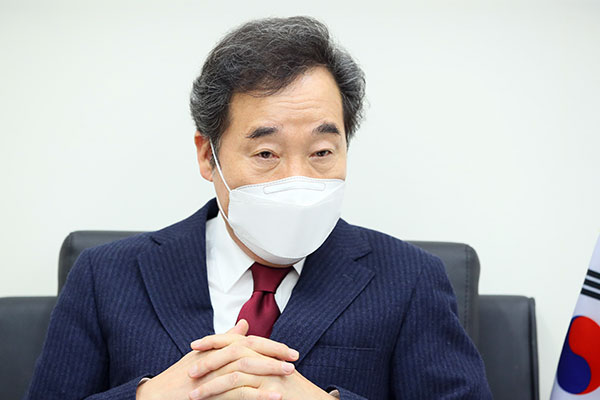 Presidential hopeful Lee Nak-yon has emphasized welfare and innovative growth as the spirit of the new era as he stepped down as ruling Democratic Party chief.

Lee shared his political vision in his farewell press conference as DP Chair on Tuesday, noting ​the significant challenge of protecting the lives of the public amid widespread uncertainty in an era of transition.

The former prime minister's 192-day stint as DP head came to an end in line with the party charter which stipulates that a chairperson must step down if he or she is to run for the country's presidency at least a year ahead of the election date. The next presidential election will be held on March 9 of 2022.

At a forum held earlier in the day, Lee also called for greater state responsibility for childcare, offering a set of proposals including the expansion of the scope and duration of childcare benefits and all-day in-school care services for elementary students.

He vowed to work closely with new mayors in Seoul and Busan after mayoral elections next month so the groundwork for the launch of the new system can be laid out in the nation’s two largest cities.

Meanwhile, DP Floor Leader Kim Tae-nyeon will serve as the acting chair of the party until the new DP chief is elected at its national convention in May.
Share
Print
List