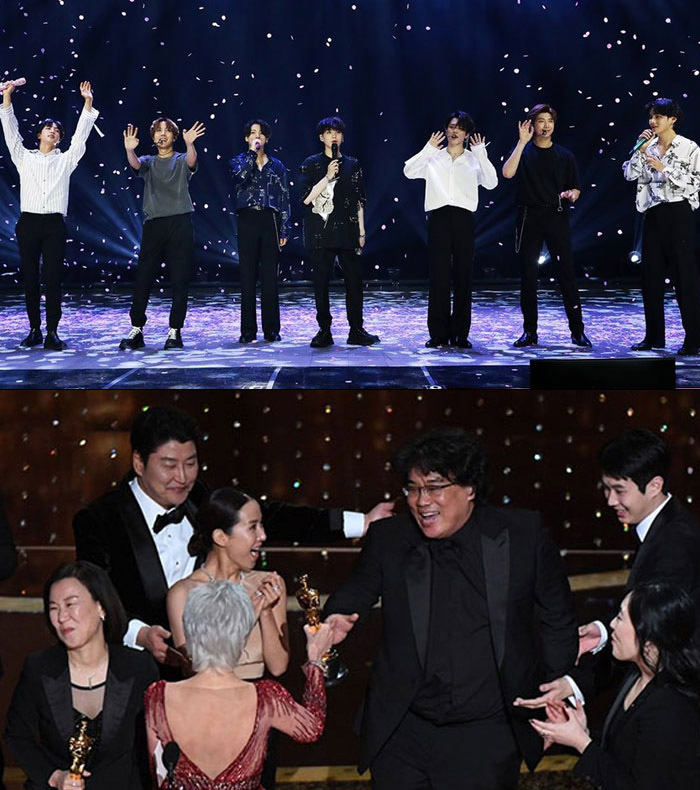 The year 2020, which could be referred to as the start of the global K-culture era, has been a year of rich cultural harvest.
BTS elevated the status of K-pop to join the ranks of global leaders, and director Bong Joon-ho's Parasite proved the strength of Korean cinema.
BTS conquered album charts in the world's five major markets, including the U.S., with their fourth full-length album Map of the Soul: 7 released in February. Then the seven-member act topped Billboard's main singles chart in August with their first English-language track Dynamite. The group also earned their first Grammy nomination for Dynamite.
In December, Life Goes On, which addresses the COVID-19 era, became the first Korean-language track to top Billboard's singles chart.
Time magazine has named BTS Entertainer of the Year.
The success of director Bong Joon-ho's Parasite not only made Korean cinematic history, but also world cinematic history.
The South Korean black comedy swept the 92nd Academy Awards in February, taking home trophies for Best Picture, Best Director, Best Original Screenplay and Best International Feature Film. It was the first time a South Korean film won the most prestigious film award in Hollywood, the birthplace of cinema.
Moreover, it was the first time in the Academy's 92-year history that a foreign-language film won the Best Picture award, as well as Best International Feature Film.