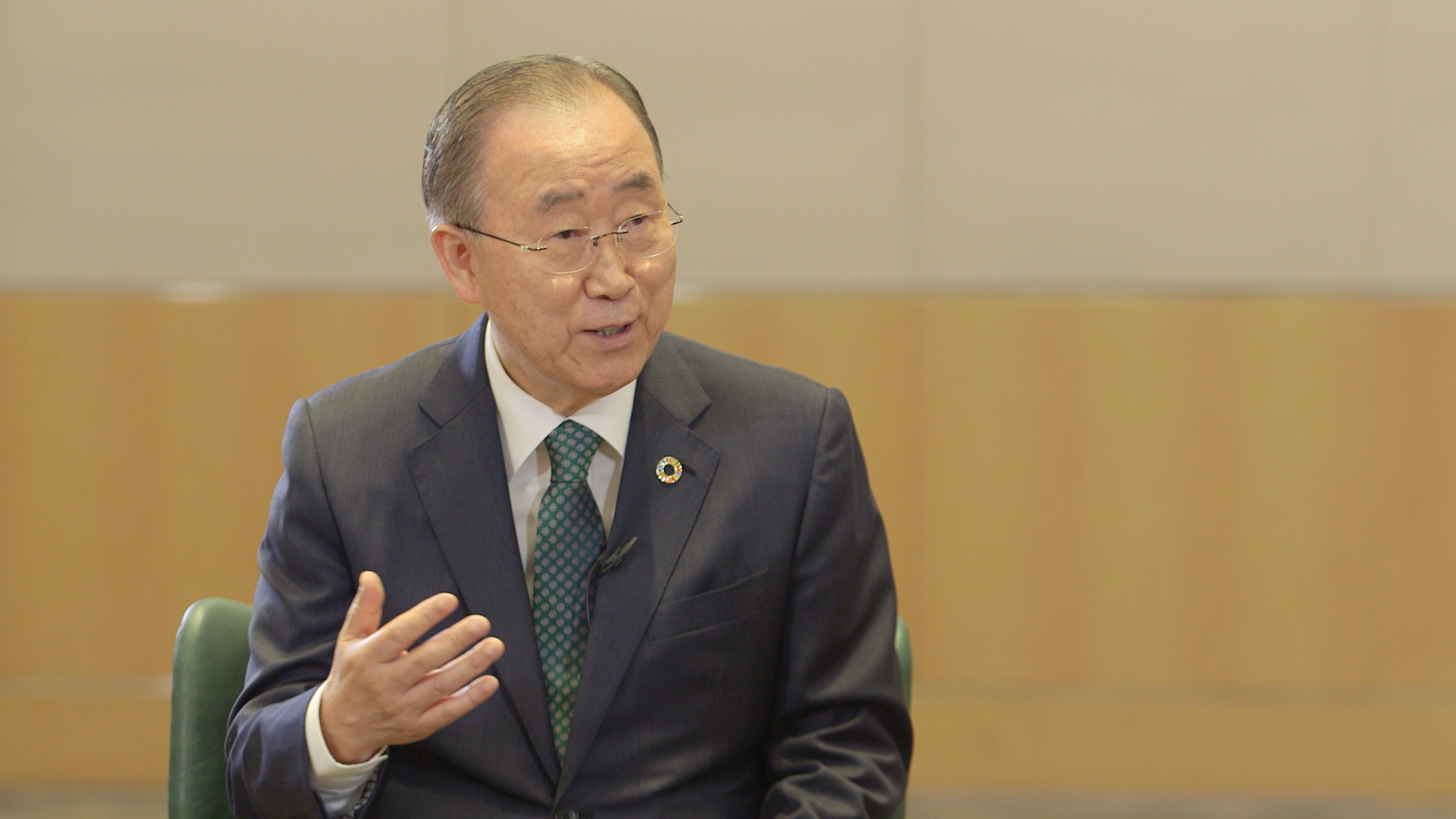 Anchor: Former UN Secretary-General Ban Ki-moon called for a nationwide effort to combat fine dust. In an exclusive interview with KBS World Radio, Ban said that while transnational diplomatic efforts are also being made, it is up to the people and the government to improve South Korea’s air quality.
Hong Suhryung has the report.

During an interview with KBS World Radio's news program Korea24, the chairperson of the National Council on Climate and Air Quality(NCCA) said that South Korea and its neighboring countries are in talks to find ways to confront the fine dust issue multilaterally.

[Sound bite: NCCA Chairperson Ban Ki-moon]
“At this time, we are now going to propose a bold and creative, innovative, and workable, and credible solution package to the nation, sort of a quick fix proposal. Medium and long-term range proposals will be made next year, but it is important that we take urgent, drastic measures. Otherwise we will never be able to overcome this crisis, environmental catastrophe [sic].”

In October, the air quality council is expected to propose drastic policy measures to the government. Restrictions on large-scale industrial facilities and banning grade five emission vehicles are just some of the ideas offered at public hearings on tackling fine dust.

During the interview, Ban also emphasized that although there had been some unfortunate “finger pointing” at China for polluting Korea’s air, bilateral coordination on the issue between Beijing and Seoul is now in good shape.

He noted that the upcoming meeting between the environment ministers of China, Japan and South Korea slated for November will “work out modalities” to address the transnational pollution issue.

Ban also mentioned other important multinational efforts such as the North-East Asia Clean Air Partnership, and the United Nations Economic and Social Commission for Asia and the Pacific.

[Sound bite: NCCA Chairperson Ban Ki-moon]
“I’m asking all the citizens of Korea, wherever they may be engaged in, to do their own part. There is not a single country, or single person or organization, which can address this alone. We need to put all our hands together on the deck, and that is my urgent appeal to the people of Korea, and the people in this world [sic].”

After serving as foreign minister in the Roh Moo-hyun administration and spending ten years as UN chief, Ban became the inaugural head of the NCCA in April and has since been meeting with experts, government officials and NGOs to tackle the fine dust issue.