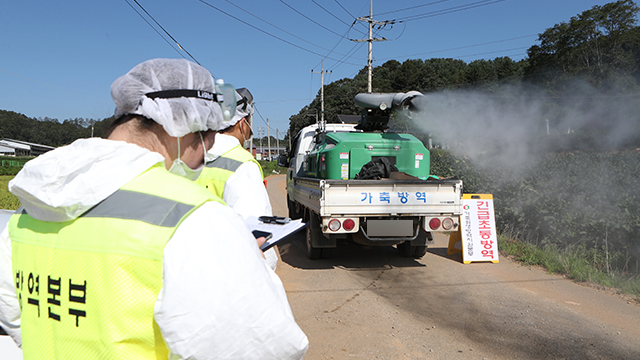 South Korea has confirmed a new case of African swine fever(ASF) a day after the country's first case was confirmed in Paju, Gyeonggi Province.

The Ministry of Agriculture, Food and Rural Affairs said on Wednesday morning that a pig farm in Yeoncheon, Gyeonggi Province reported a suspected case of ASF the previous day, which was confirmed through a test for the deadly virus.

The farm, which is raising 47-hundred pigs, is located about 50 kilometers from the farm that reported the country's first ASF case on Tuesday.

Five other pig farms are located in a three-kilometer radius of the second farm, raising 13-thousand pigs.

African swine fever, also called "pig plague," does not harm humans but is lethal to domestic and wild pig species. There are no vaccines or known cures for the disease.
Share
Print
List