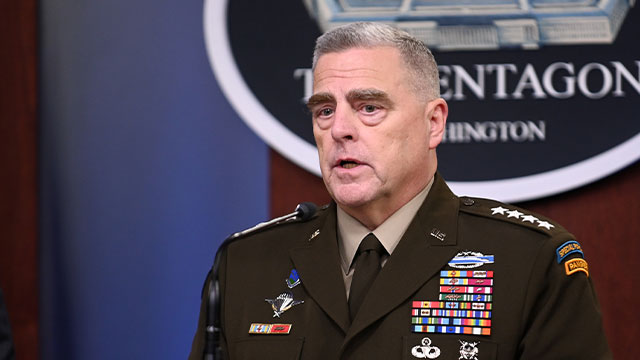 Top U.S. officials are continuing to apply pressure on South Korea as the expiration date of a military intelligence sharing agreement with Japan fast approaches.

U.S. Joint Chiefs of Staff(JCS) Chair Mark Milley on Sunday stressed the importance of the General Security of Military Information Agreement or GSOMIA, calling it key for security and stability in the region.

According to the Pentagon on Monday, Milley said that the only countries well served by a falling out between Japan and South Korea are North Korea and China. He added that it is in the U.S.' interest to keep South Korea, Japan and the U.S. "very closely aligned."

The remarks echo sentiments expressed by other senior U.S. officials and are seen as pressure on Seoul to retract its decision to scrap the pact and renew it.

Following Japan's imposition of trade restrictions against South Korea, Seoul announced in August it would not renew GSOMIA. The pact is set to expire on November 22.
Share
Print
List