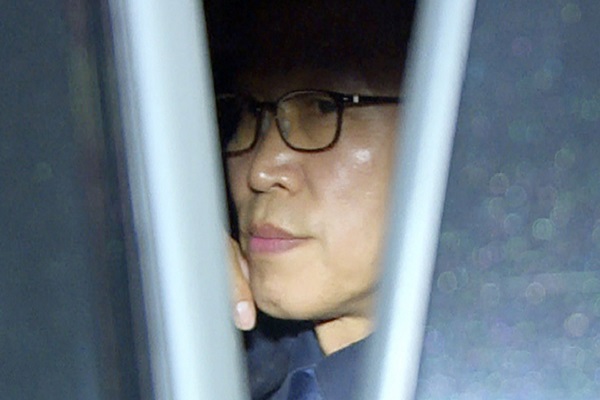 The vice mayor of Ulsan for economic affairs Song Byung-gi has returned home after being questioned by prosecutors in a widening probe into alleged election meddling involving the presidential office.

An official with the prosecution said the vice mayor sidestepped the media and went home after questioning early Saturday. He was summoned Friday morning.

Song has publicly claimed that he was the person who tipped off alleged irregularities by aides of then Ulsan Mayor Kim Gi-hyeon during a 2017 phone call with an official from the top office.

He is known to have been grilled on the details of how he had conveyed this information.

Prosecutors on Thursday interrogated the former presidential official, who now works at the prime minister's office.

The top office earlier said it received the tip-off through a text message while the vice mayor argues he spoke on the phone at the government's request.

Song strongly denied mentioning the information in an attempt to influence Ulsan's mayoral election the next year.

There are suspicions that after receiving the tip, the top office ordered the police to investigate the then mayor's aides in the run-up to the election.