No Additional Cases of New Coronavirus Reported in S. Korea 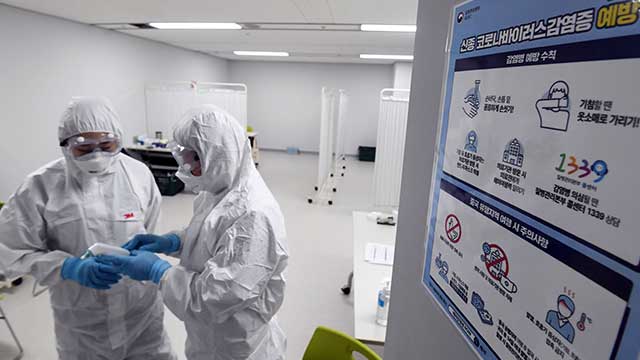 There are no additional cases of the new coronavirus in South Korea, with the number of confirmed cases thus far standing at 28.

The Korea Centers for Disease Control and Prevention(KCDC) said on Thursday that there haven’t been any new cases since the last patient was confirmed to have contracted the virus on Tuesday.

Seven out of the 28 patients have been released after making a full recovery, and all 21 currently receiving medical treatment in quarantine are reportedly in stable condition.

Out of five-thousand-769 suspected patients, five-thousand-99 have tested negative for the virus, and the other 670 are awaiting test results.

Meanwhile, three South Koreans and two Chinese nationals who displayed coronavirus-like symptoms after arriving from China's Wuhan on a chartered plane this week tested negative and were sent to a state quarantine facility.

Two children of one of the suspected patients, who showed no symptoms, also tested negative.
Share
Print
List