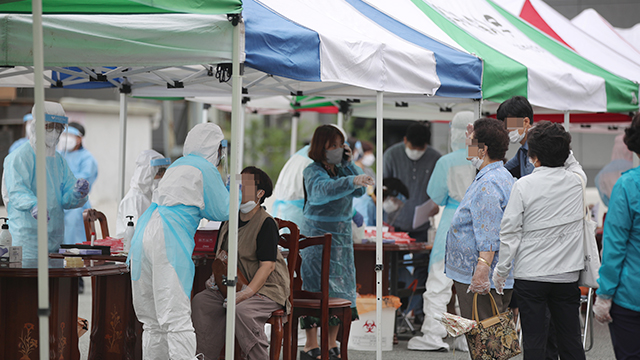 South Korea reported more than 60 new coronavirus cases for three straight days as domestic infections and imported cases are both on the rise.

The Korea Centers for Disease Control and Prevention said on Sunday that the additional cases reported throughout the previous day came to 61, raising the accumulated total to 13-thousand-91.

It is the first time that daily new infections surpassed 60 for three straight days since April.

Of the 61 new cases, 43 are local transmissions with many from the capital area, Gwangju and Daejeon, while 18 were imported from abroad.

Health authorities are on alert as the daily number of imported cases remained above ten for ten straight days since July 26.