N. Korea: No Intention to Sit Down with US for Talks 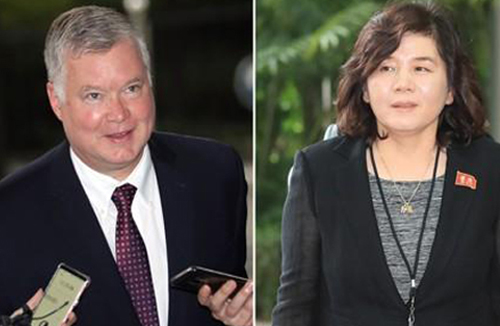 Ahead of the U.S. nuclear envoy for North Korea Stephan Biegun's trip to Seoul, North Korea has reaffirmed it has "no intention" to sit down with the United States for dialogue.

Kwon Jong-gun, director-general of the North Korean Foreign Ministry's department of U.S. affairs, made the remark on Tuesday in a statement carried by the Korean Central News Agency(KCNA).

Kwon criticized South Korea for "talking in its own favor" about an "untimely rumor" on another summit between U.S. President Donald Trump and North Korean leader Kim Jong-un.

He said in South Korea there are people still talking about brokering the summit, and then urged Seoul to stop meddling in others' affairs.

Kwon said time will show that such efforts to set up a meeting will succeed or only suffer loss and ridicule.

North Korea's First Vice Foreign Minister Choe Son-hui issued a similar statement on Saturday that her country feels no need to sit down with the U.S., accusing Washington of taking advantage of dialogue as a tool for grappling with its political crisis.
Share
Print
List