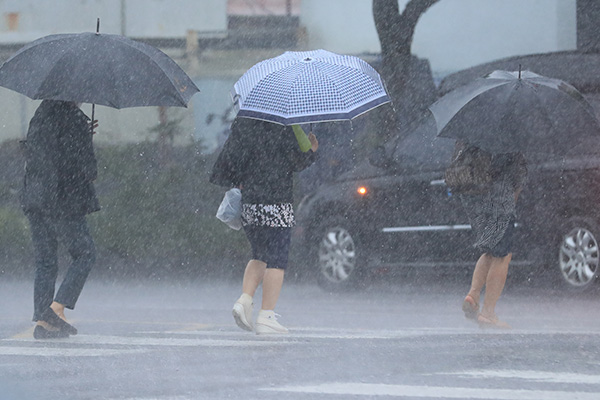 Heavy rain will continue to fall on South Korea's central region on Monday.

As of Monday morning, about 30 millimeters of rain per hour was falling in the greater Seoul area.

Up to 300 millimeters is expected to fall on the central region through Tuesday.

In particular, the area is expected to see rainfall from 50 to up to 100 millimeters per hour accompanied by lightning and thunder.