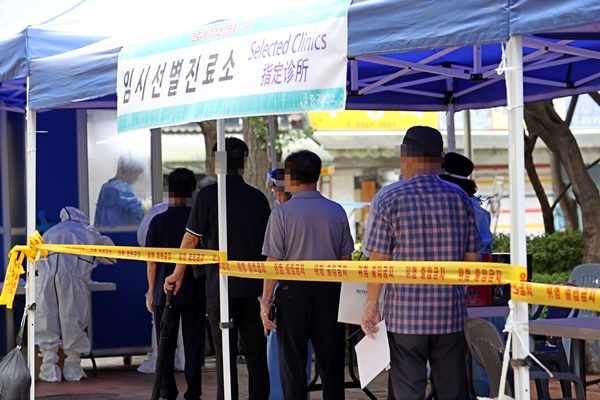 The central disease control headquarters said South Korea reported 103 new COVID-19 cases as of 12 a.m. Friday. That’s the highest number of daily cases since March 31, when 125 were reported, and also marks the first time in 20 days the figure has exceeded 100.

Of the new cases, 85 were domestic infections and 18 were imported cases.

The number of local infections climbed sharply after cases were simultaneously reported at various venues, including churches, schools, a fast food restaurant and a market.

Most of the domestic cases were centered around Seoul and its surrounding areas, including 31 in the capital city and 38 in Gyeonggi Province.

Seven of the 18 imported infections were reported upon arrival.

Forty-six more patients have fully recovered and been released from quarantine, bringing the total number of cured patients to 13-thousand-863.

Seven-hundred-five patients still remain in quarantine with 14 in critical condition.